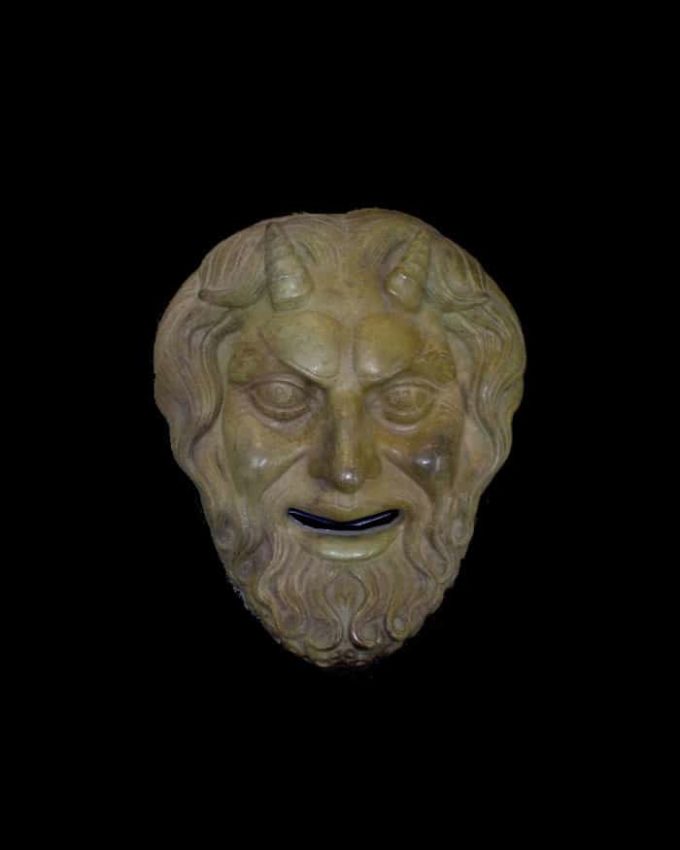 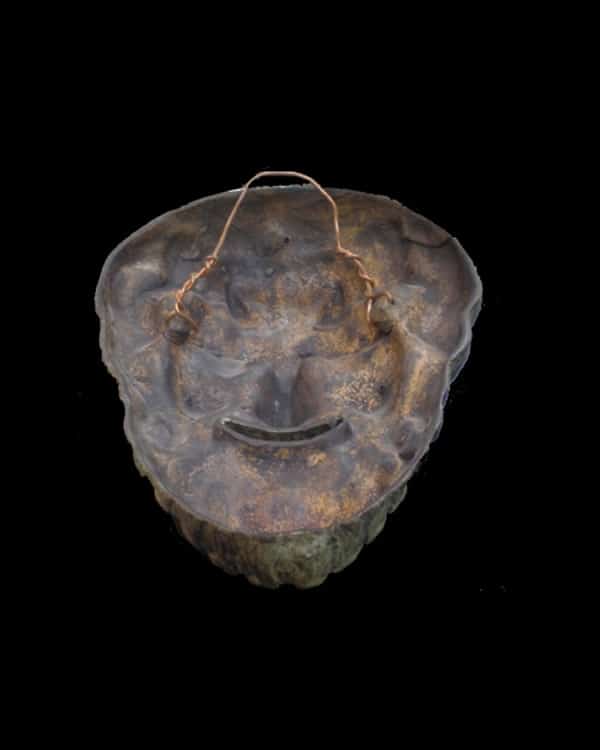 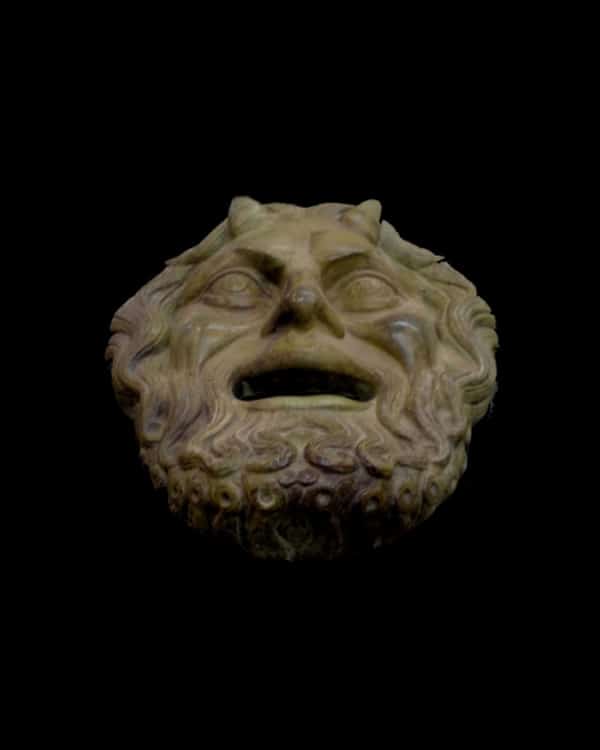 BRONZE MASK OF PAN PANAS GOD OF OF NATURE

In Greek religion and mythology, Pan is the god of the wild, shepherds and flocks, nature of mountain wilds, hunting and rustic music, and companion of the nymphs.His name originates within the Ancient Greek language, from the word paein, meaning “to pasture.

“He has the hindquarters, legs, and horns of a goat, in the same manner as a faun or satyr. With his homeland in rustic Arcadia, he is recognized as the god of fields, groves, and wooded glens; because of this, Pan is connected to fertility and the season of spring. The ancient Greeks also considered Pan to be the god of theatrical criticism.

In Roman religion and myth, Pan’s counterpart was Faunus, a nature god who was the father of Bona Dea, sometimes identified as Fauna. In the 18th and 19th centuries, Pan became a significant figure in the Romantic movement of western Europe and also in the 20th-century Neopagan movement.