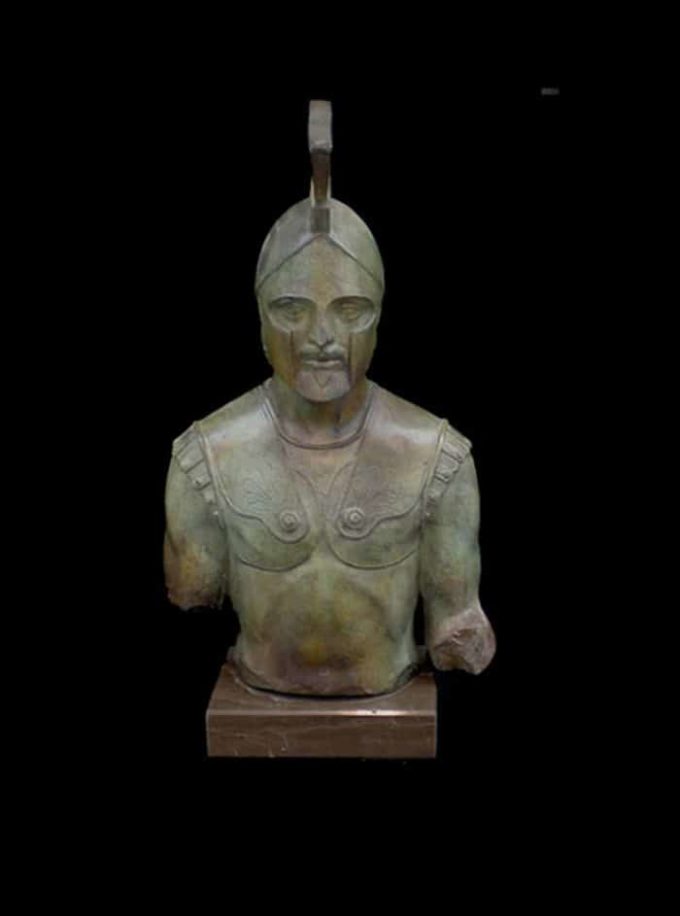 In Greek mythology, Achilles was a Greek hero of the Trojan War and the central character and greatest warrior of Homer’s Iliad.

Achilles most notable feat during the Trojan War was the slaying of the Trojan hero Hector outside the gates of Troy. Although the death of Achilles is not presented in the Iliad, other sources concur that he was killed near the end of the Trojan War by Paris, who shot him in the heel with an arrow. Later legends (beginning with a poem by Statius in the 1st century AD) state that Achilles was invulnerable in all of his body except for his heel. Because of his death from a small wound in the heel, the term Achilles’ heel has come to mean a person’s point of weakness.

Achilles was the son of the nymph Thetis and Peleus, the king of the Myrmidons. Zeus and Poseidon had been rivals for the hand of Thetis until Prometheus, the fore-thinker, warned Zeus of a prophecy that Thetis would bear a son greater than his father. For this reason, the two gods withdrew their pursuit, and had her wed Peleus.

There is a tale which offers an alternative version of these events: in Argonautica (iv.760) Zeus’ sister and wife Hera alludes to Thetis’ chaste resistance to the advances of Zeus, that Thetis was so loyal to Hera’s marriage bond that she coolly rejected him. Thetis, although a daughter of the sea-god Nereus, was also brought up by Hera, further explaining her resistance to the advances of Zeus.

According to the Achilleid, written by Statius in the 1st century AD, and to no surviving previous sources, when Achilles was born Thetis tried to make him immortal, by dipping him in the river Styx. However, he was left vulnerable at the part of the body by which she held him, his heel. It is not clear if this version of events was known earlier. In another version of this story, Thetis anointed the boy in ambrosia and put him on top of a fire, to burn away the mortal parts of his body.

She was interrupted by Peleus and abandoned both father and son in a rage.

This sculpture is made of solid bronze (with patina aged process)

Height: 46cm (with marble base)