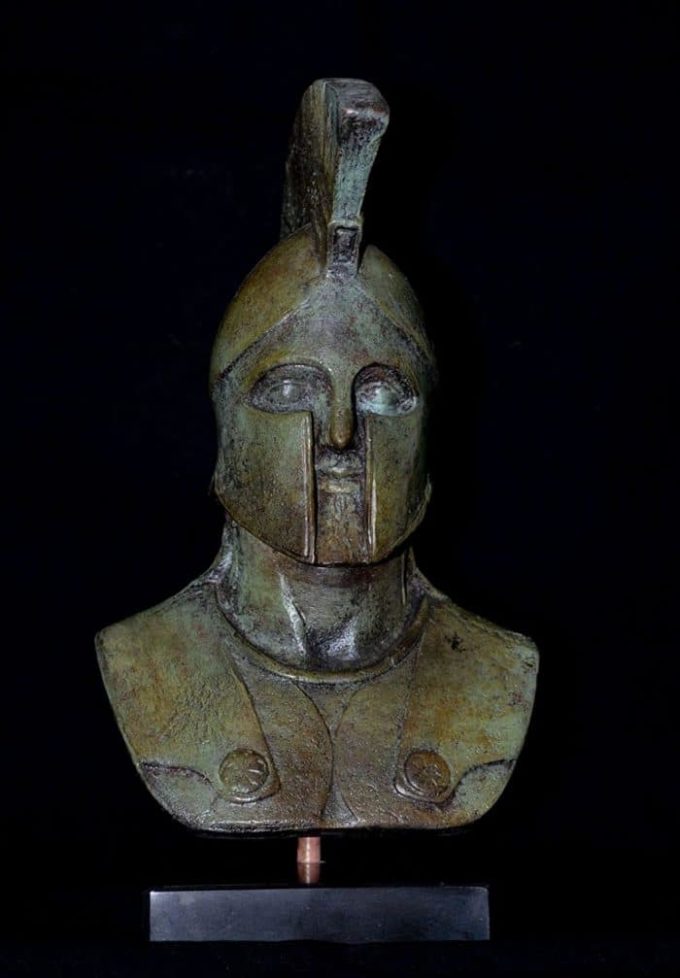 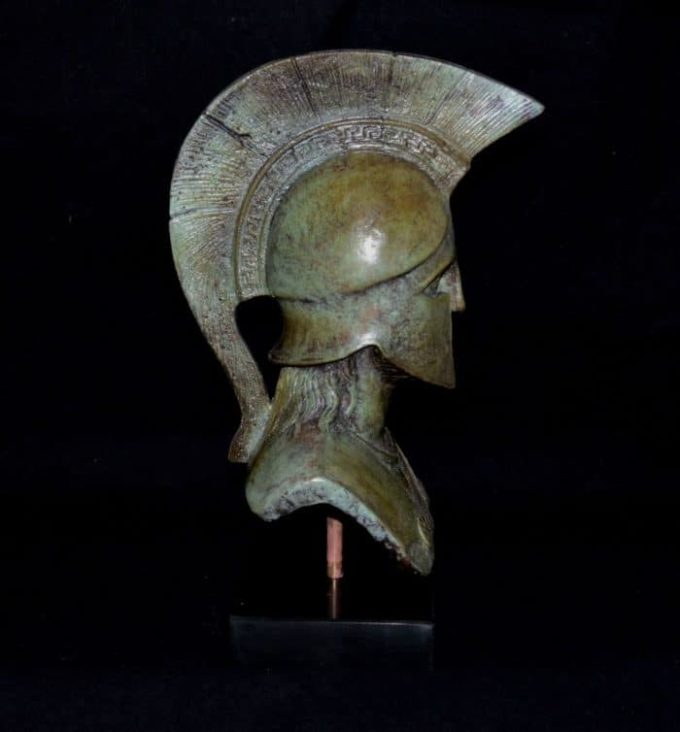 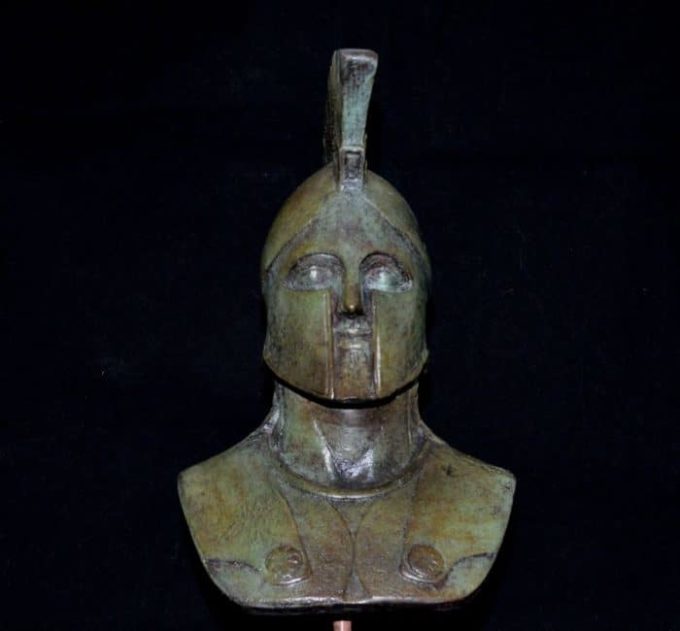 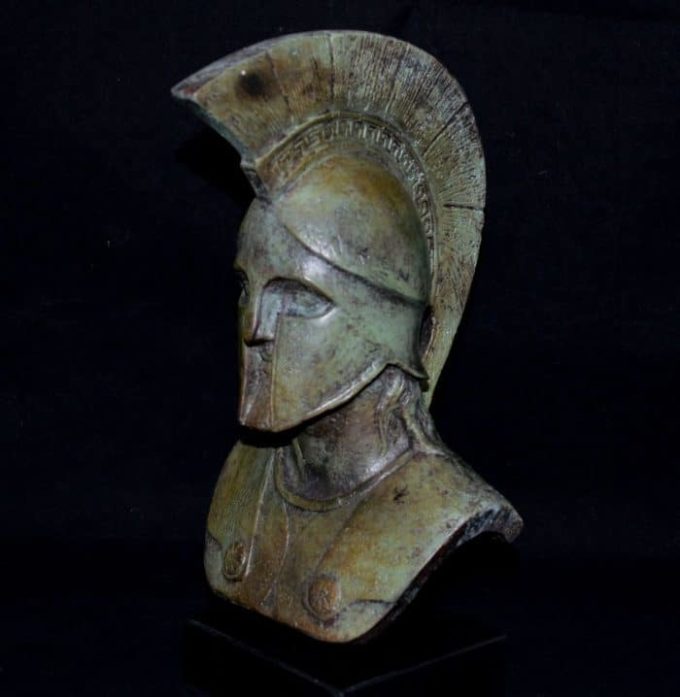 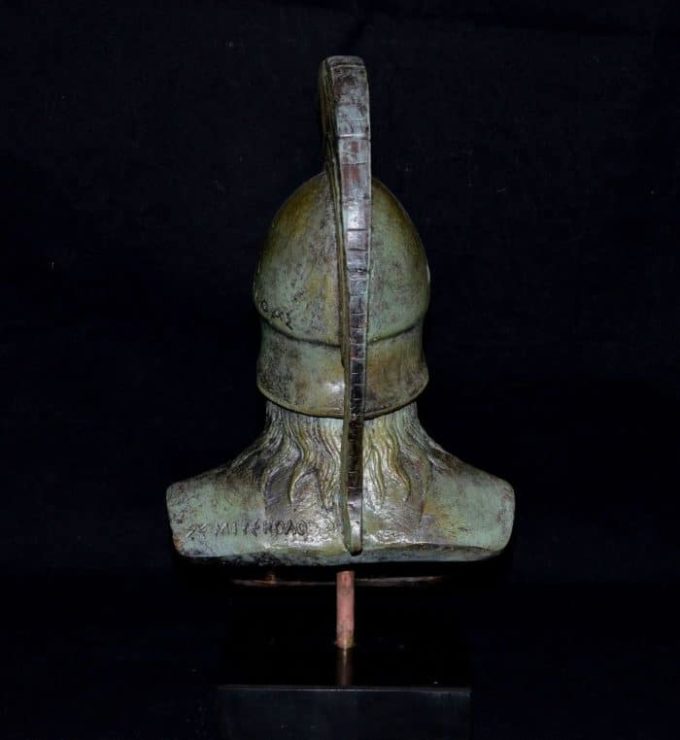 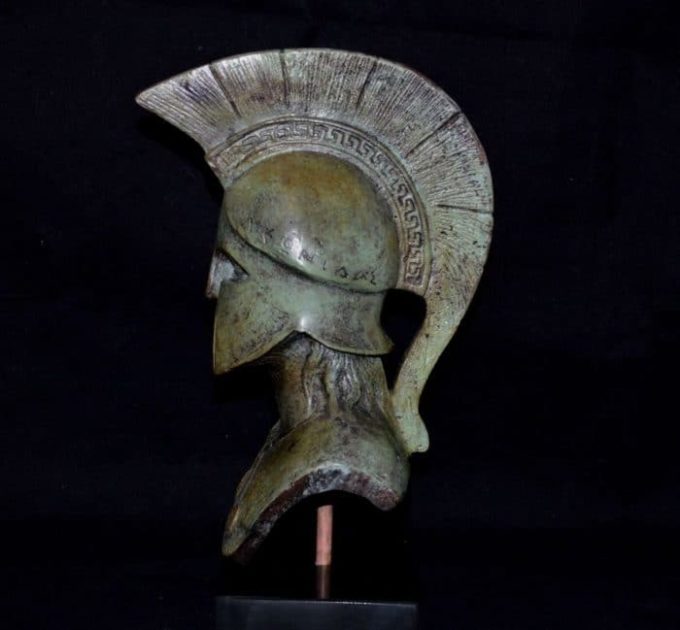 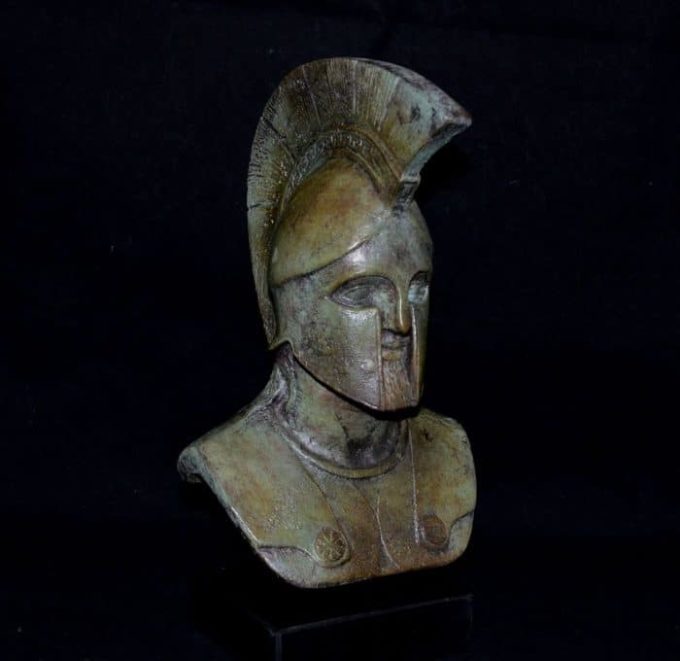 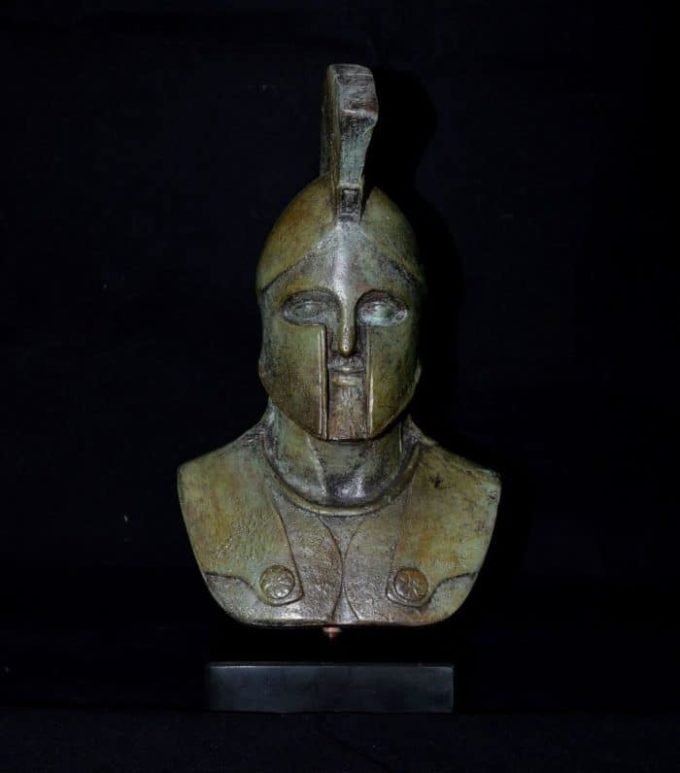 Leonidas the Brave was a Greek hero-king of Sparta, the 17th of the Agiad line, third son of Anaxandridas 2 of Sparta who was believed to be a descendant of Heracles, possessing much of the latter's strength and bravery.

Leonidas is notable for his leadership at the Battle of Thermopylae.

Upon receiving a request from the confederated Greek forces to aid in defending Greece against the Persian invasion, Sparta consulted the Oracle at Delphi. The Oracle is said to have made the following prophecy in hexameter verse:

For you, inhabitants of wide-wayed Sparta,

Either your great and glorious city must be wasted by Persian men,

Or if not that, then the bound of Lacedaemon must mourn a dead king, from Heracles' line.

The might of bulls or lions will not restrain him with opposing strength; for he has the might of Zeus.

I declare that he will not be restrained until he utterly tears apart one of these.

In August 480 BC, Leonidas went out to meet Xerxes' army at Thermopylae with a small force of 300 men, where he was joined by forces from other Greek city-states, who put themselves under his command to form an army of 14,000 strong. There are various theories on why Leonidas was accompanied by such a small force of hoplites.

According to Herodotus, “the Spartans sent the men with Leonidas on ahead so that the rest of the allies would see them and march with no fear of defeat, instead of medizing like the others if they learned that the Spartans were delaying. After completing their festival Carneia, they left their garrison at Sparta and marched in full force towards Thermopylae. The rest of the allies planned to do likewise, for the Olympiad coincided with these events. They accordingly sent their advance guard, not expecting the war at Thermopylae to be decided so quickly. “Many modern commentators are unsatisfied with this explanation and point to the fact that the Olympic Games were in progress or impute internal dissent and intrigue.

Whatever the reason Sparta's own contribution was just 300 Spartiates (accompanied by their attendants and probably perioikoi auxiliaries), the total force assembled for the defense of the pass of Thermopylae came to something between four and seven thousand Greeks. They faced a Persian army who had invaded from the north of Greece under Xerxes I. Herodotus stated that this army consisted of over two million men.