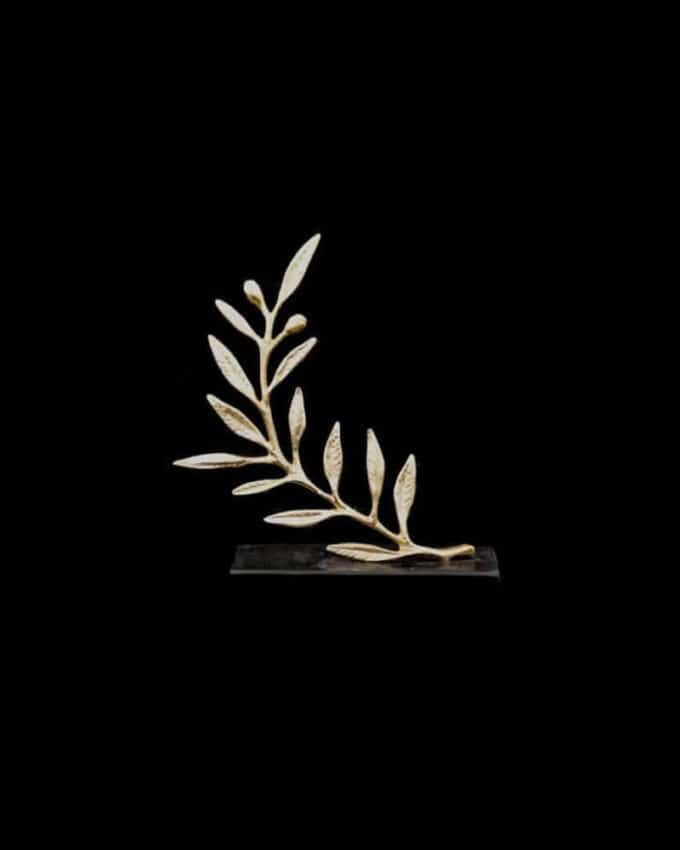 The kotinos, is an olive branch, originally of wild olive-tree, intertwined to form a circle or a horse-shoe, introduced by Heracles. In the ancient Olympic Games there were no gold, silver, or bronze medals. There was only one winner per event, crowned with an olive wreath made of wild olive leaves from a sacred tree near the temple of Zeus at Olympia. Aristophanes in Plutus makes a sensible remark why victorious athletes are crowned with wreath made of wild olive instead of gold. The victorious athletes were honored, feted, and praised. Their deeds were heralded and chronicled so that future generations could appreciate their accomplishments.

Herodotus describes the following story which is relevant to the olive wreath. Xerxes was interrogating some Arcadians after the Battle of Thermopylae. He inquired why there were so few Greek men defending the Thermopylae. The answer was “All other men are participating in the Olympic Games”. And when asked “What is the prize for the winner?”, “An olive-wreath” came the answer. Then Tigranes, one of his generals uttered a most noble saying: “Good heavens! Mardonius, what kind of men are these against whom you have brought us to fight? Men who do not compete for possessions, but for honour.”