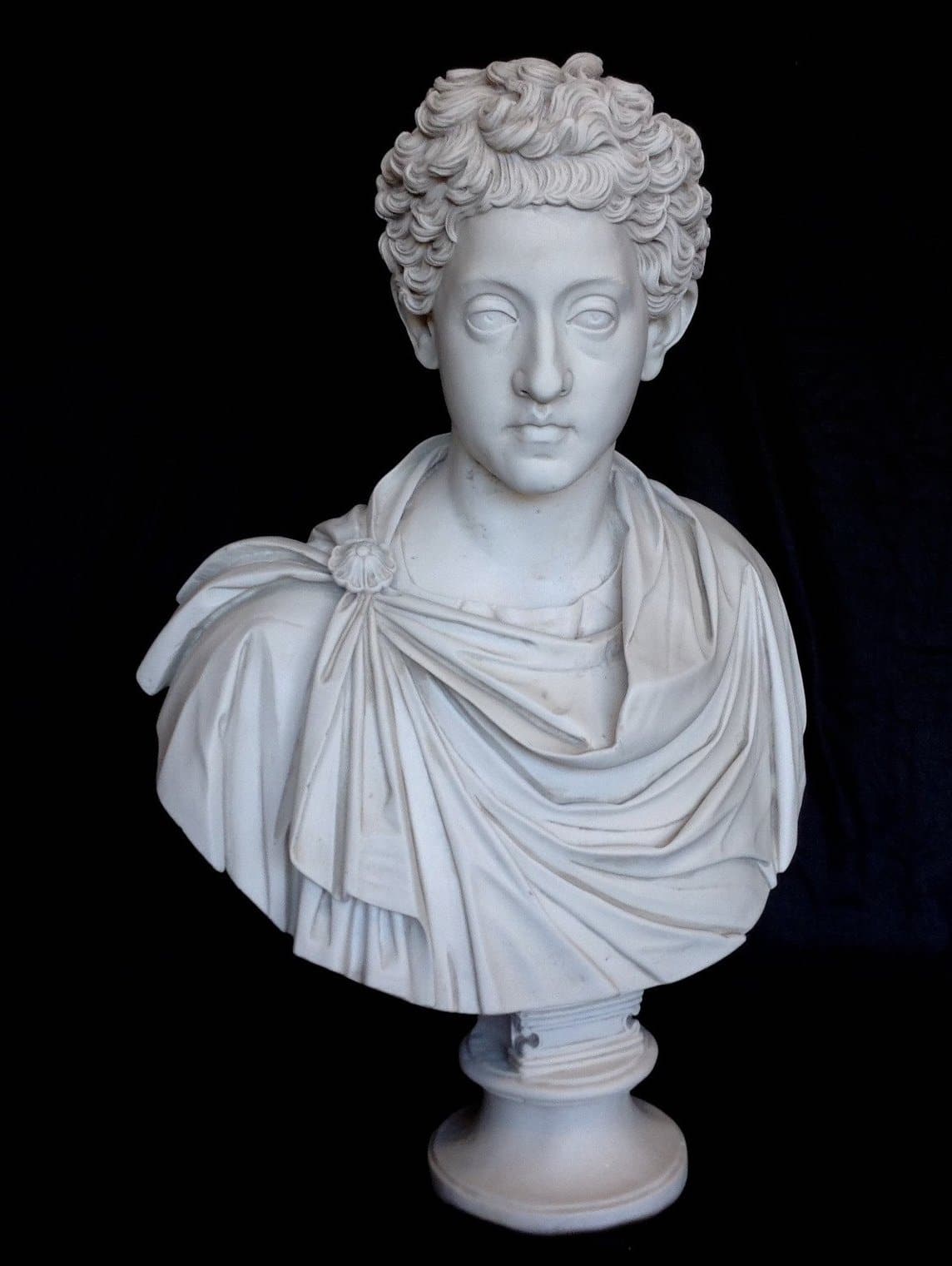 Please move your mouse over main image or click to enlarge

Commodus (31 August 161 – 31 December 192) was a Roman emperor serving jointly with his father Marcus Aurelius from 176 until his father’s death in 180, and solely until 192. His reign is commonly thought of as marking the end of a golden period of peace in the history of the Roman Empire, known as the Pax Romana.

Larger images are available on request.

The stated price includes delivery to you within 14 working days.

As with all our marble works, the quality is so very high we are confident in saying that if you are not thrilled with your purchase you will receive a complete refund without quibble. That is our promise to you. What you will see and touch is no different to marble works in stately homes around the country. Indeed, that is where many of our marble works are housed and on display.